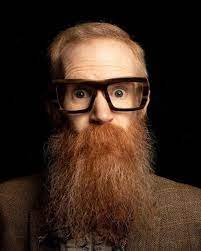 Blackpool’s Ryan Gleeson first started stand-up comedy in 1997, at the age of jut 16 years old and in 2002, he became the resident compere of the Comedy Station Comedy Club and rapidly became a much demanded comedian and compere, working in the biggest comedy clubs across the. U.K.
Ryan is a multi-award winning comedian in his own right, picking up no fewer than 5 awards, over his career.
He’s also reached the finals of some very prestigious awards, such as City Life Comedian of the Year, three times. Previous winners of this award are Peter Kay, Steve Coogan, John Bishop and many, many more.  In 2003, Ryan reached the semi-finals of Channel 4’s So, You Think You’re Funny, which led to him appearing on the show, recorded at the Edinburgh Festival.

Ryan will tonight present an exclusive talk about Comedy, Magic and his journey to creating Blackpools very own comedy club.